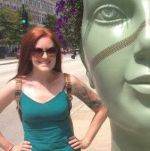 Two years have passed since the murder of Jennifer Cook, a Grandview parent. My condolences to her family. There was a letter from Cook’s mother published in a Ch 10 story in which she tells us about the anguish she feels about her daughter’s death, and the disappointment she has with the police investigation.

This CH 10 story includes a repeat of the fact that Cook’s ex-husband, Dave Culbertson, has not taken a lie detector test offered by the police, as though that were a clue to solving the mystery of the murder. It tells us nothing except Culbertson has a good council who correctly told him that it is stupid to take police lie detector tests, even if you are innocent.

The results of scientific studies are in, and they all say the same thing. Lie detector machines don’t work to indicate lies. What they show are stresses, and there is no way to differentiate the stress an innocent person will show when asked aggressive questions from the stress of a lie. A guilty person can easily learn to fake the responses of an innocent person when he is wired to the machine.

The police have good reason to make exaggerated stories up about the effectiveness of the test. In order to do a machine examination, the suspect must answer as many questions as the technician wants, often for hours. The more questions asked, the better the chance a mistake will be found, because we all have imperfect memories. Innocent mistakes can then be claimed to be lies, and the stress of being grilled on these mistakes allows the examiner to say “stress readings shows that this person was untruthful during the test”.

Some crimes have been solved when suspects believe that the machine works, and break down and confess during the examination. It doesn’t happen often, because even a cursory search of the net for the question “do lie detectors work” shows pages of stories that have proved the tests are bunk. There are also plenty of people who are selling “how to beat lie detector” courses. It mostly is instructions to fake stress during some questions, and relax during important questions.

If you have a competent lawyer, they will tell you to never take a police lie detector test, even if you are innocent. Passing the test will still allow the police to say “this person was intentionally trying to beat the machine”. Failing the test, which happens often to innocent people, will lead to further questioning and investigation by the police (wasting police resources that could have been used to find the real guilty party). Test results will not be allowed in most courtrooms.

The police need to stop using lie detection machines, and claiming they work. Police work should be based on science, and the science has spoken – the machines are garbage.

Ask the police to do their jobs

The letter from Cooke’s mother, Charlyn Marie, is heartbreaking. She is sick with grief, and wants justice for her daughter. You could read this letter as a request for justice outside of the police system, she says “No arrests have been made. There is no longer any progress or hope. I feel that this is such an intolerable, shameful injustice to my daughter Jennifer.”

We all feel bad for Charlyn Marie, I wish there was some way to give her peace. However, taking your own acts to provide justice outside of the legal system would be a dark path to go down. Even if you are convinced the police and prosecutor in Grandview are not up to the task, any action you take will be seen as “Making someone pay, even if we can’t prove they are guilty”. I don’t think that would be helpful to the image of our town.

What you can do is send an email or letter to the Chief of Police, and/or the Mayor of Grandview, and ask them to continue to investigate and bring charges against the murderer. As long as there are people pressing them, they have reason to continue the investigation. When nobody cares any more … why should they?

Staying off the path that leads nowhere

I should have guessed that there would be people who have strong opinions about the guilt or innocence of a suspect in the Cook murder. Some are convinced that there is plenty of circumstantial evidence, and we are failing to honor Jennifer if we don’t charge Culbertson. Others think Ch. 10 was using yellow journalism to try to rile up a gang mentality against a person who has not been charged, and should be assumed innocent.

If you have new evidence, and you think you can solve the case, talk to the police. I’m sure they will be happy to listen.

If you think Ch 10 was wrong in printing that story, send them a strongly worded letter.

I’m not going to allow this blog to be used as a fighting arena between the two viewpoints. Nobody has a special knowledge about this case that will allow them to win the fight. Unless you are the killer, in which case you can just go to the cops and let them know what a smart person you are, and how you got away with it. Until that happens, I’m not allowing comments that lead nowhere.

(Update Aug. 2016) The TVN printed a story about the Cook murder, but it had no new info. The Grandview police say they still working, but said nothing about a break in the case.

Leave a Reply to A friend of Jennifer's Cancel reply